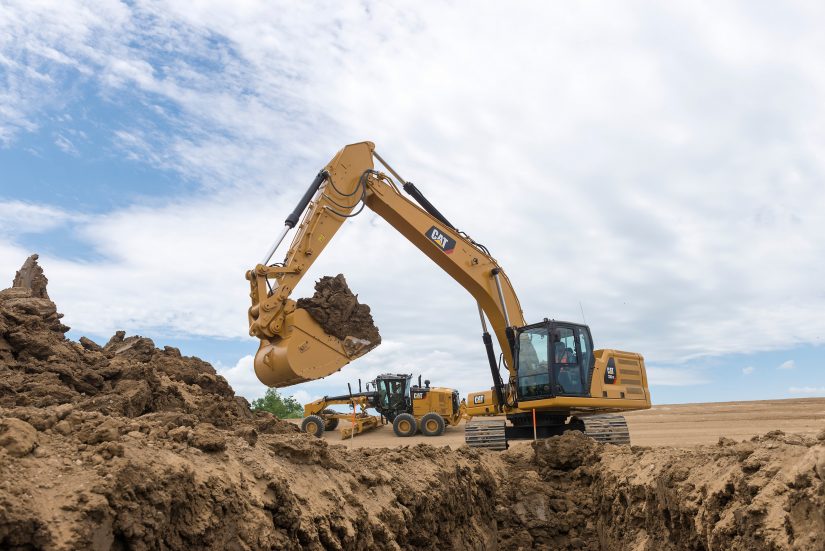 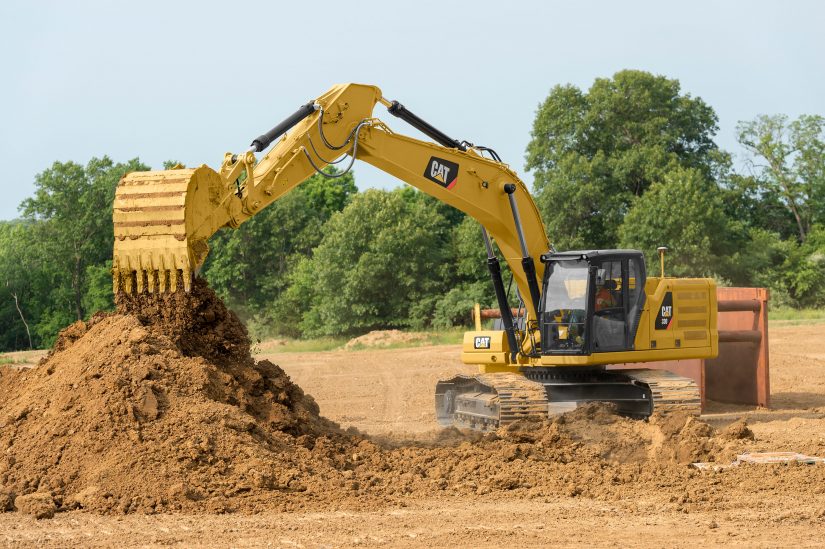 Cat says its next generation of 30-ton excavators not only improve on the previous models in several key areas but also lower operating costs.

The company has introduced the new 330 and its more affordable counterpart, the 330 GC. You can see how these two models compare in the spec listing below. For this article, we’ve focused on the 330 as that’s the machine Cat has provided details on.

For starters, thanks to a new, larger 14,770-pound counterweight, the new 330 can lift nearly 10 percent more than the 330F and up to 15 percent more than the 330D2. The machine also features increased swing pressure, a larger swing drive, and a larger swing bearing, delivering a 5-percent increase in swing torque over the previous generation machine.

Aiding in this decreased fuel use are a couple new features. The new Smart Mode matches engine and hydraulic power on the 330 to digging conditions. The feature also lowers engine speed automatically when there is no hydraulic demand on the machine. The 330 also features a new main control valve that eliminates the need for pilot lines and reduces pressure losses, all while lowering fuel consumption. 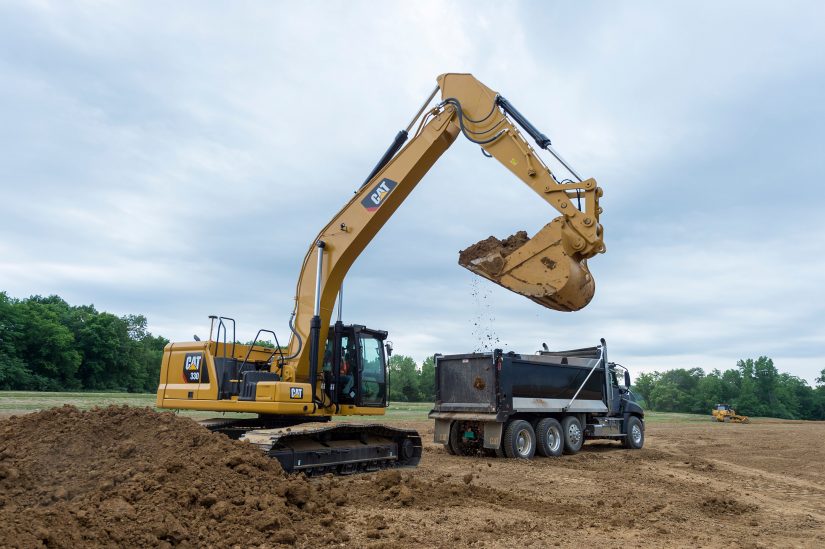 Cat says the technology on the new 330 can increase an operator’s efficiency by up to 45 percent over traditional grading operation.

Cat’s GRADE with 2D system comes standard on the 330 and, using the touchscreen monitor, provides guidance for depth, slope and horizontal distance to grade. The standard Grade Assist feature automates the machine’s boom, stick and bucket movements for single-lever, on-grade digging. The system can be upgraded to support Advanced 2D or 3D grading.

The machine is also equipped with Cat Payload, which helps prevent over and underloading of trucks. The system provides precise load targets, on-the-go weighing and real-time payload estimates. 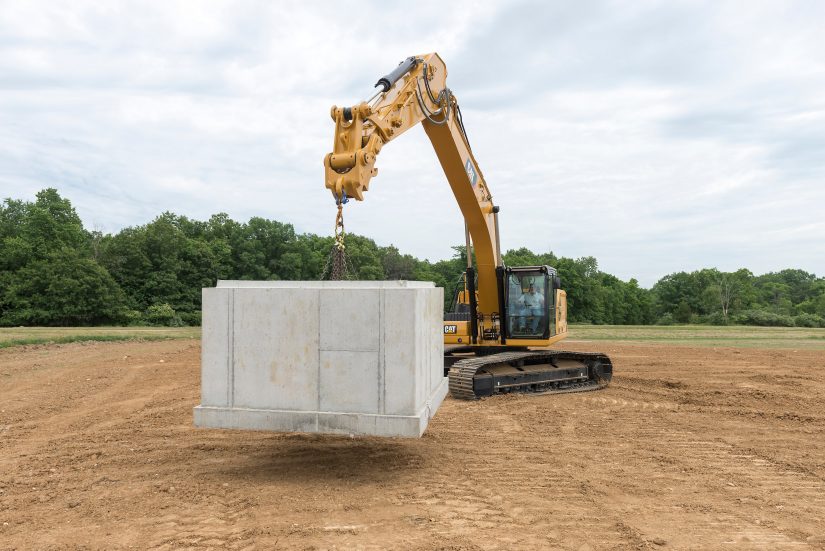 Cat says Payload also features a new feature called Lift Assist which helps operators pick up heavy objects without tipping through visual and auditory alerts that let the operator know whether the load is within the machine’s working limits. 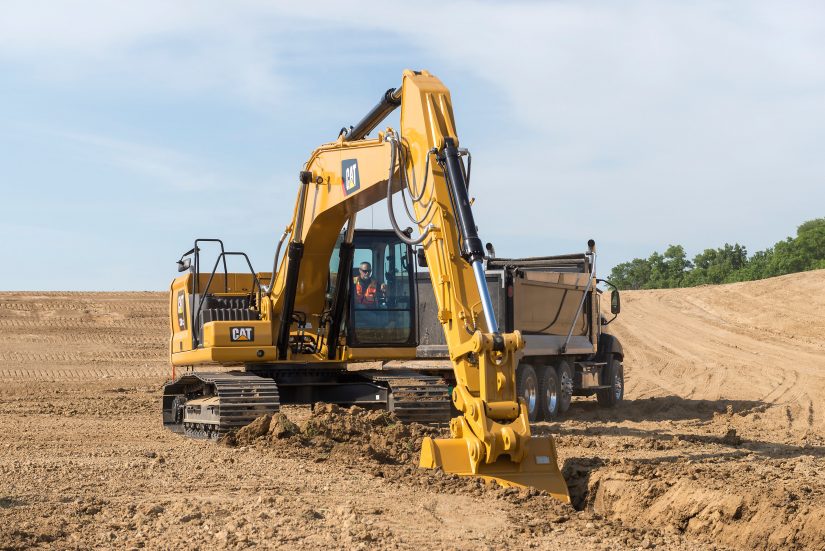 On its 30-ton excavators Cat is offering customers the choice of a Comfort, Deluxe or, in some regions, a Premium cab package. All of the cabs come standard with keyless push-button start, a large touchscreen monitor with jog dial keys, and a sound-suppressed rollover protective structure.

Large front, rear and side windows increase visibility. For 360-degree visibility, customers of the 330 can opt for a system that stitches together images from each of the machine’s mounted cameras and displays it on the touchscreen monitor.

Cat says it has reduced maintenance costs by 20 percent on the new 330 over the previous machine.

A new air filter with integrated pre-cleaner and primary and secondary filters doubles the dust holding capacity of the previous design, Cat says. Cat has also implemented a new hydraulic return filter with 3,00 hours of service life, a 50-percent increase over the previous filter.

Cat says the machine’s fuel system filters are synchronized for service at 1,000 hours, a period double that of the previous filters. The fuel system water and sediment drains and hydraulic system oil level are positioned close together at ground level for easier, safer access.