How Superseal®Prevents Your Chains From Seizing 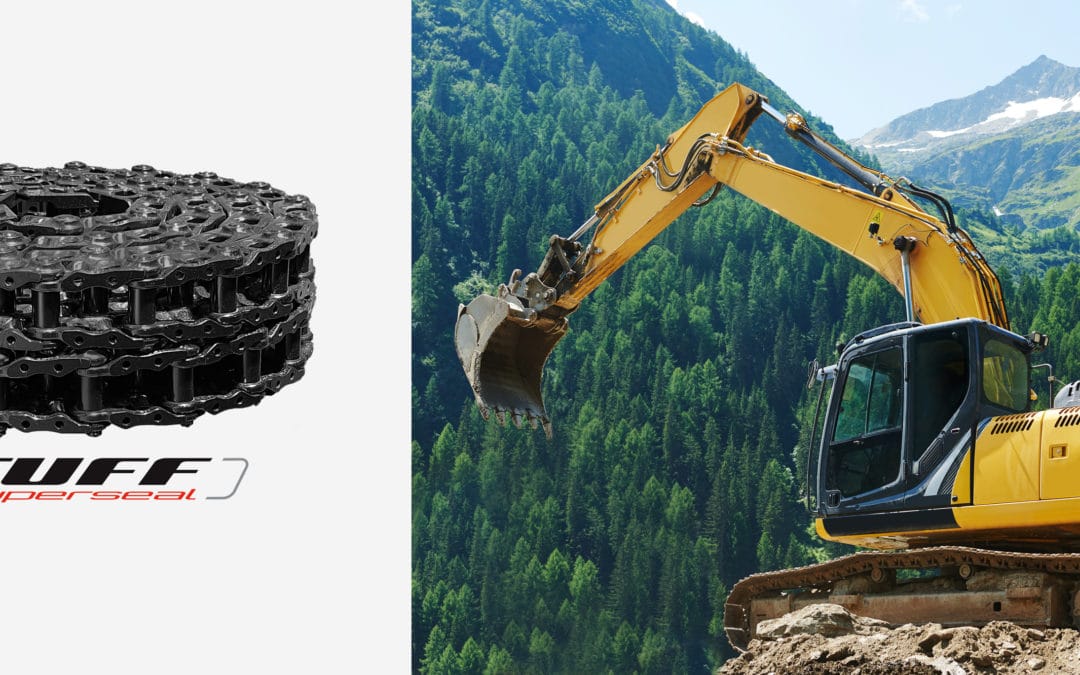 Did you know that over 55% of excavator chains are replaced unnecessarily?

Did I hear you say, ‘yeah right’? Perhaps you only replaced some in the last 6 months?

I’m guessing something like this happened: You held out as long as you could until you had no other option but to replace them because by then they were totally flogged. As a result, you had to let go of some of your hard-earnt cash at the totally wrong time. The fact is next time you won’t need to so let me explain:

Here’s the logic: 55% of chains that contractors come to us with still have plenty of life left in the chain itself. I can’t tell you how much this frustrated us! We knew that our customers shouldn’t have to be spending when they have a rail and bush that still has plenty of external wear life left in it.

In order to come up with a resolution, we realised that the source issue, the biggest cause of all, had to be met head-on. That is the wear on the inside, the wear that you can’t see that is eating away at your wallet as your machine moves and perhaps even as you read this article.

The crunch: When your chain is wearing on the pins i.e. internally, you are going to be in a situation where you will be having to push your idlers out and stretch will be happening. Not so slowly and surely you will have flogged out chains that look fine externally on the bush and rail but now you’re out there looking for new and thinking it only seemed like yesterday that I got these from……!

Our TUFF® Superseal® chain meets this head-on. It has a special internal seal that can withstand 5000Kgf of pressure without losing its shape. That’s nearly 3 times more what a ‘normal’ excavator seal can handle. With Superseal® you can expect a chain that:

So that’s simple maths! It means I get twice the life and only need to replace my chains half as often, right? Correct!

Here’s why I’m confident that we’re winning our war against premature and early replacement chain spend:

‘Normal’ excavator seals are shaped in such a way and made of a material that is ‘malleable’ so that as your machine operates the seals deform.

This is especially applicable if you are working on slopes or doing a lot of walking. Once deformed, traditional seals are very slow to return to their original shape or don’t return at all. It’s a bit like if you bend a piece of plastic and then try to straighten it up again – it leaves a ‘ridge’ in the material that becomes a gap if it was meant to be hard against a flat surface to provide a seal. This is what happens inside the chain when under pressure which allows foreign objects to get in past the seals and in around the pins. This starts the process of internal pin wear.

The Superseal® is so very different. Its shape has been carefully designed to push against the bush and provide resistance to any deforming of its shape that could allow foreign objects past and into the seal cavity. This surface pressure increase means the sealing efficiency is enhanced which in turn retains grease around the pin and excludes grit, sand and water from entering the cavity. Its material construction is such that if it does deform under load, it returns quickly back to its original form. We call this the ‘force of restoration’.

Above: Our Superseal® chain has been specifically designed for New Zealand’s harsh conditions. It helps protect against corrosive materials that are readily found when operating in New Zealand’s environments.

Of course, there are other benefits beyond grease retention around the pin and the rate of internal wear being halted in its tracks. The machines become very quiet compared to normal chains due to the continued lubrication. The drive motors achieve extended life as the sprockets maintain a perfect match with the chain, reducing strain and stress on the travel motor if the sprocket was to jump. Dare we say it, even fuel consumption improved in our testing as the demands required of the motor to drive worn tracks became more efficient.

Our determination to ‘right this wrong’ in the marketplace has extended to challenging another common part that we know wears too early. This is in the master link – TUFF® Superseal® chains come with the same revolutionary seal in the master link and with an easy fit T-type pin.

Join us in the battle against wasted money in premature replacement of chains and hear from our fellow troops who have had these in the battleground and want to tell others about their experience.

P.S. Don’t just take our word! Hear what Mark from Castlerock has to say about it: