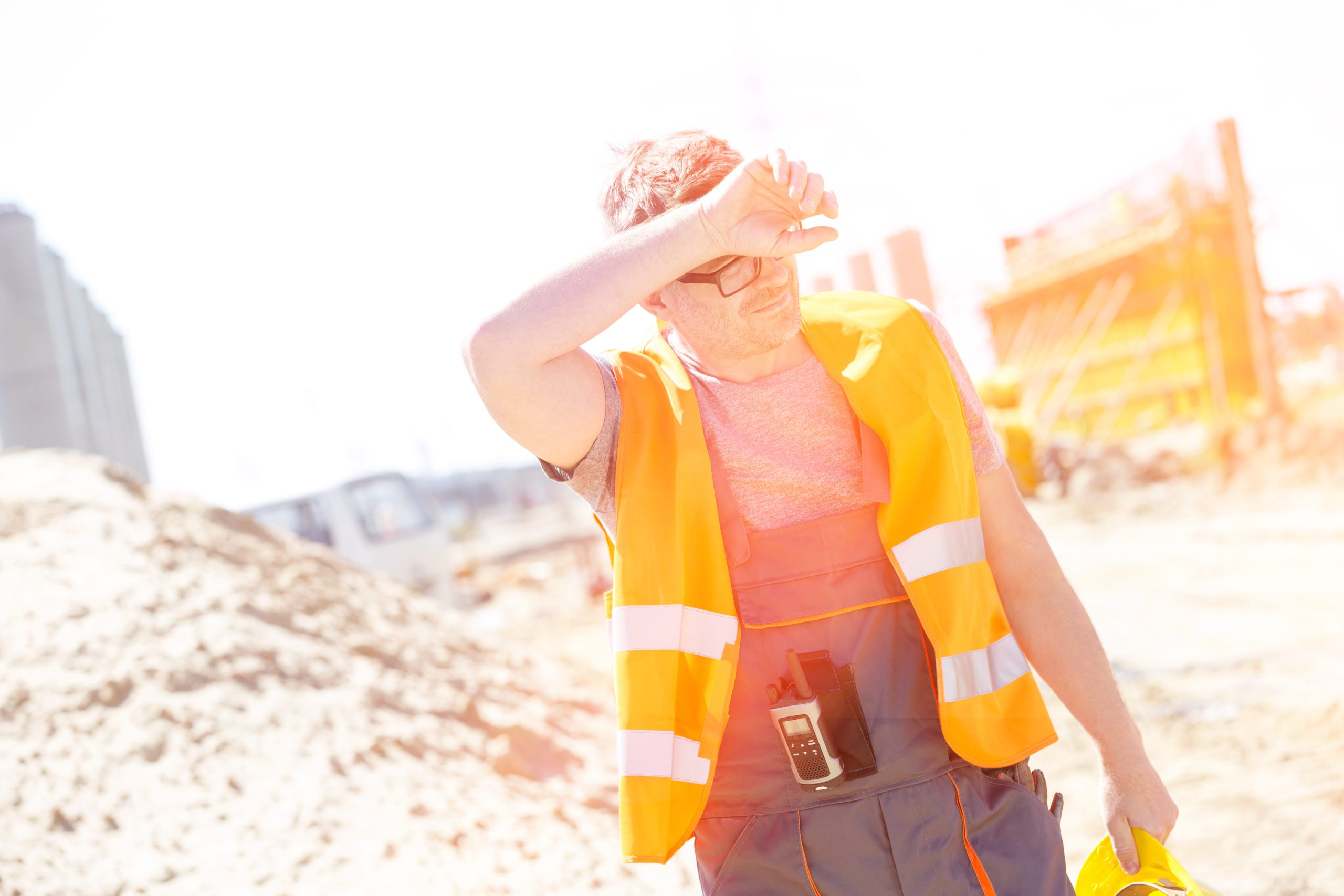 With summer fast approaching, it’s a good time to be aware and educated to the dangers of working prolonged periods of time out in the summer sun. Dehydration is always a possibility if you’re not properly dressed, hydrated and prepared for working outside. Here’s a real-life example which may make you think about your safety when working outside in the sun:

A 25-year-old worker, who had fared well during a week working in 30 – 35-degree Celsius temperatures, became sick with a virus over the weekend. The following Monday, however, he felt good enough to work. But during the first hour on duty, his co-workers noticed he was barely sweating, even though the heat was causing all of them to sweat profusely. Soon, the worker developed a headache, became dizzy and was unable to keep down fluids. His co-workers drove him to the hospital where he was treated for dehydration.

Construction requires working in less-than-desirable outside conditions. In the summer, this includes high temperatures, humidity, direct exposure to sun and limited air movement. Know the symptoms of dehydration, and monitor them both in yourself and in your co-workers. These include decreased perspiration, dizziness, nausea, confusion, personality changes, headache, poor appetite and dark-colored urine. If you notice these warning signs, get yourself or your co-worker out of the heat and into an air-conditioned area (an idling, cooled truck cab could work) and have someone call 111. Rehydrate with water and, if available, a sports drink such as Gatorade. Loosen or remove any heavy clothing. Know that untreated dehydration can lead to heat exhaustion, heat stroke and kidney failure.

It is recommended that for every three glasses of water you consume, drink a half of glass of a sports drink. Replacing fluid with water alone can cause the body’s sodium to be diluted – a medical emergency. Another alternative is eating a salty snack such as pretzels or potato chips. To prevent dehydration, drink at least one cup of water per hour, take regular breaks and wear lightweight, loose-fitting clothing. Also note that some people are more susceptible to dehydration than others, including those with hypertension, high cholesterol, or those who are obese or taking anti-inflammatory medication for joint pain. And know that alcohol is the ultimate dehydrator – avoid drinking it the night before a day of work in extreme heat.